Shahs of Sunset – When Friendships Crumble

Shahs of Sunset – When Friendships Crumble by NMD

Shahs is a little different than some of the other Bravo shows as it centers around long term relationships/friendships between much of the cast.  The only exception is Lilly, who was added in season two, and is pretty much ignored by the remainder of the cast this season.

For the last few weeks we’ve seen Mike and Reza’s relationship crumble and then get patched back together.  Mike doesn’t have the stomach to fight with the man who at times is his best friend.

GG and MJ were in a good place at the beginning of the season.  Whatever goodwill there was has slowly eroded.  GG has become rabidly jealous that MJ is back to being best friends with Reza;; she can’t let it go.  For some reason, this seems to empower MJ, and she goes out of her way to poke at GG.  It’s like poking at a tiger – it doesn’t take much to get GG’s claws out and when they appear everyone had better watch out.  None of this is helping GG’s relationship with her sister.  Leila has dealt with GG her entire life and finds it hard to ever believe her stories or take her side.  This episode, she needed to hear from Mike that GG wasn’t totally in wrong when she snapped at MJ during their outing to the racetrack.  Leila would never make a housewife, because the moment she learned she was wrong she apologized to GG – without a “but …”.

Lilly has no relationship with the remainder of the cast, but Asa is trying a little to include her in group activities.  For some reason, Reza is hurt/offended that Lilly has walked away from this toxic cast.  He thinks Lilly is all about Lilly, as he lists of all the things HE needs from a friend.  I suspect it’s impossible to be friends with Reza without stroking his ego, and my opinion of Lilly is pretty high as she tells Reza she really doesn’t want anything to do with him.   Unfortunately for viewers, this means we’re stuck watching Lilly in filler scenes all season.  This episode she tries on wigs with her friends.  Yawn.  She decides not to go to Turkey with the group.  Bravo executives must have been ready to fire her by now. 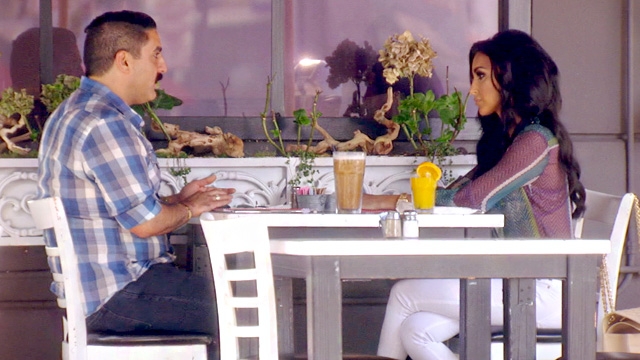 Reza and MJ are joined at the hip this season.  MJ has decided to get a spray tan, so of course we need to watch it.  I think this is part of MJ’s quest to show us every part of her body, and we certainly get a good look at her enormous boobs.  It’s actually fun to see MJ and Reza have fun, and he tells us that he’s just as much as a hot mess on the inside as MJ.  While it’s good to see them getting along, it’s too bad that it empowers both of them to be mean to other people.

Mike seems to be completely over his issues with Reza.  He’s decided to try to keep up with Reza in the style department, and takes his mom and girlfriend shopping with him to buy a “loud” outfit, because his mom having a good relationship with his future wife is essential to his happiness.  While he tells us that his mom’s style is conservative and Jessica’s is edgy, I can’t help but notice that not only do they agree that everything he picks out is awful, but they are also dressed like twins in white pants and a black top – with Jessica wearing a little jacket on top.  They finally settle on something that is a little less conservative than he usually wears – but nothing garish like Reza’s typical choices.

This is all for Asa’s “art’ party.  Asa’s managed to keep good relationships with everyone, after fighting with GG most of last season, and marginalizing MJ.  Everyone shows up to support her but Lilly.  It’s performance art and …. interesting.   I’ve got to say, Asa does try her best to be alternative and give viewers a show.  More surprising is that MJ and GG put down their knives for the event and don’t bring any drama.   Well, more surprising is that Jessica snaps a little at MJ when MJ is being rude.  I guess everyone has their limits. 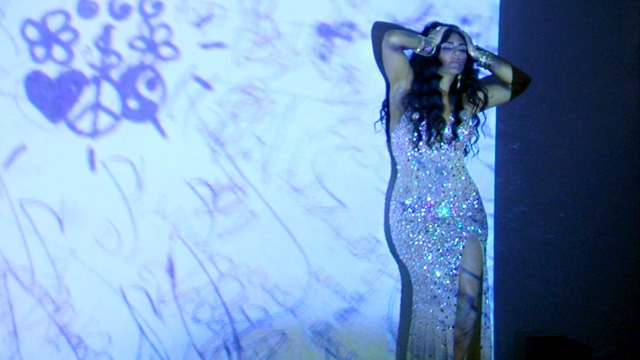 It’s hard to say what is wrong with GG and Leila’s relationship, but it’s been broken for a long time.  Even though Leila apologized for assuming GG was in the wrong with her fight with MJ, the fallout from that is still not over.  MJ really crossed the line in this one.  After leaving the racetrack, she drunk phoned GG’s mom and went on a huge rant.  Instead of avoiding MJ, Leila has MJ and Reza over to help her move.  When GG shows up to say that she’s too buy to help, they hide in the kitchen so that GG doesn’t see them.  GG and Leila get into a huge fight because GG isn’t helping with the move.  It goes on and on and on, with MJ and Reza eavesdropping.  It’s ugly, with GG asking Jordan – Leila’s oldest daughter – to take her side.  Jordan jumps in to defend her.  It’s just the saddest thing when adults involve kids in their fight.  To make a bad situation worse, MJ’s dogs wander out from the kitchen, and GG realizes MJ is there.  She storms out.  In all honesty, Leila should be part of the cast and Lilly removed; she has a bigger story line and more screen time.

Next week Turkey.  Let’s hope they leave the fighting at home.

Just a housewife ... who loves this place .... and loves to write ... You can reach me through this email: nomoredrama8@gmail.com. Lynn's Place is in tribute to Housewives blogger Lynn Hudson, who passed away in August of 2012.
View all posts by Veena (NMD) →
This entry was posted in Shahs of Sunset. Bookmark the permalink.

409 Responses to Shahs of Sunset – When Friendships Crumble