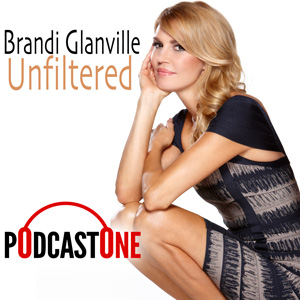 Someone is “obsessed with cock”, Brandi says to open the show. Nice, classy! Brandi is settling into her new house (or, if you’re keeping track, her new new house). They don’t have internet yet. It’s not working for some reason and it’s driving her kids crazy. She’s messing around with her ex, JR, again. She says he’s in love with her. Snooks comes on and they talk motherhood. Snooki is about to have baby #2. Snooki worries about being able to love her second child as much as her first. Brandi says it’s different with the second child but just as amazing. Snooki also has a new podcast of her own and is filming season 4 of her reality show. Snooki talks about giving up her hard partying ways and how she wants viewers to see her as a mother. Snooki says that you have to get the hard partying out your system before having kids. Brandi says she got all her partying out her system by 23 when she met her future husband (huh? I know a certain tampon string that would beg to differ).

Guest: Comedian Lachlan Patterson.  Lachlan is from Canada and Brandi says her dad is French Canadian and Brandi identifies herself as FC (woohoo! She’s now officially Canada’s shame ya’ll!) Lachlan says FC girls are “known to be a little psychotic” and Brandi agrees. Brandi congratulates him on dressing well for a straight guy which he interprets as her thinking he dresses gay. Brandi thinks he’s cute and wants to know about his sex life, naturally. He has a girlfriend he loves but doesn’t believe in marriage. The GF does want to have kids but Lachlan doesn’t want his life to end which he thinks having kids means. Brandi tries to convince him otherwise.

Brandi out of nowhere asks him if he smokes pot and he says yes. She says she can tell (hm, interesting. Apparently her dad wasn’t just growing it cause Brandi knows her potheads). Brandi keeps blubbering over him and his cuteness. Lachlan didn’t know Brandi was on RHOBH. He’s on a reality show, too (Last Comic Standing), and they talk about the experience. Brandi says she likes to get a reaction out of the women on the show(oh, no! You mean the outrageous things she says are just to get attention?! You don’t say!).  She says she’s always joking and being an “asshole” on the show but the ladies don’t get it (yeah, Brandi, that’s cause you aren’t a comedian).

He then, unintentionally but hilariously, says, that Brandi is the puppeteer on the show because she is dictating the action. She immediately says, no, she’s the puppet! She then quickly backtracks and says she’s neither. Then they talk in detail about the ideal length of women’s pubic hair. And, Brandi, again, describes hers. I again won’t burden you with it. You’re welcome. Again.

This entry was posted in Brandi Glanville Podcast. Bookmark the permalink.