After dismal ratings for that last season of Real Housewives of New York, the ladies are back to filming. Perhaps Bravo doesn’t want to make the same mistake twice and allow viewers to forget all about the ladies by allowing more than a year to elapse between seasons airing. I suppose that’s good news for those of us that have the attention span of a gnat.  Fall in New York should mean lots of fashion shows, outdoor scenes, and a whole bunch of family time and holidays.

Back are Carole Radziwill, Heather Thomas, Sonja Morgan, and Kristen Taekman. LuAnn de Lesseps will remain in her role as a friend, a role Ramona Singer accepted after her failure to show any of her actual life on camera last year. Ironically, DeLessups lost her housewife status for the same reason.

But it is the former NY housewives that have us wondering – will they or won’t they return.

1) Kelly Bensimon – Shockingly, Kelly has been the first to return to housewives in “cameo” roles. One would think that the show that exposed her ‘crazy’ to the world would be the last thing she’d go near. Heather recently posted a photo on twitter with Kelly (along with Carole and LuAnn).

Is that a gift bag full of gummy bears sitting beside Kelly? But Kelly is just white noise to me – she’s probably just looking for her satchels of gold that are with Al Sharpton.

Dying laffing – this just popped up on my twitter feed. Kelly is still delusional! It’s official.

“@Cyninbend: @kellybensimon 3 (4?) best #RHONY EVER' I had to stop the filming. It was disturbing to see a pregnant woman fight:(

“@maximccan: @NMDLynnfam I forgot how crazy she acted until I watched it #rhony Yikes!”its harder for me to watch the edit. #humiliated

And this as well.

Will she or won’t she return?  That’s the million dollar question.  (If she does return, will anyone really care is another question – but that’s for the highly paid executives to answer.)  Bethenny has continued to be buddies with Andy Cohen, but Andy is no longer a top executive at Bravo.  He is developing new content, and rumors abound that Bethenny is being tapped for a new talk show at the network.  Will the deal also require a return to housewives?  I have to wonder what her storyline would be if she did return, and would anyone care.  Bethenny has been overexposed since she left the network – although viewers may tune in to see her new life as a single-mom / divorcee.  Pity ex-hubby Jason if she does return – the show could be a venue to strike back at him.

Alex McCord most definitely will not be returning to housewives – unless it’s a new franchise in Australia.  Alex and husband Simon are moving to Australia for a fresh start.  Who can blame them.  Alex lost her real job due to the recession, Simon’s job disappeared after the evil redhead shouted something about naked photos in the hotel hallway at an on-air reunion (why did Bravo air that one wonders now in retrospect) and their towel business didn’t pan out – no doubt in part due to the lack of ability to market it once Alex left the show.  Simon began to poke needles at Bravo with his bravoratings.com – which pretty much sealed the deal on Alex never returning to the network.  It’s too bad – if Bethenny and the evil red head return, it would have been nice to have seen Alex on the show again as well.

Love her or hate her, Jill Zarin brought the ratings to WWHL when she chewed out former boss Andy Cohen a few years ago.  Does she still have the ratings mojo?  Does Andy dislike her enough he will stop her return?  Would Bethenny really give up a rumored million dollar paycheck for a return to the show if Jill was also invited?  I mean, that’s just crazy!  Why would she care if Jill was on the show as well.  Surely she can handle Jill’s antics.  And honestly, wouldn’t viewers be more interested in the pair that either of them individually?  Actually, I’d love see both Carole and Heather take on Jill.  They’d wipe that smirk right off her face.  Remember that Jill’s buddy on the show was Aviva Drescher – who is thankfully gone gone gone.  The only ally she would have is LuAnn.  PS Jill – Wetones and a paper mask do not protect against ebola. #dumbass

Not that I'm paranoid or anything #rubbergloves #wetwipes #mask #ebola heading back to NYC!

And then there are the confirmed housewives

Heather continues to use the show to promote her brand – can we say how many time she says Yummie? She’s the anti-Jill Zarin (remember how Jill thought Heather was brought on as her replacement). Successful.

And a role model.

Nice shirt @iamHeatherT! So glad to have you as one of No Barriers USA’s ambassadors! #NoBarriersLife pic.twitter.com/wJleI0Lb3V

Heather’s making so many appearances and promotions right now, her schedule makes me dizzy.

Who knows why quirky Carole joined the show – some think it was as a favor to long time buddy Andy Cohen. Carole is a writer. There is no doubt that she’s a writer, and Aviva’s attempt to discredit Carole last year was as idiotic as Kelly insisting Bethenny was a cook and not a chef. Carole and Heather look like they will still be besties this year – at least so far …

Miraval is – according to their twitter – an “Award-winning destination spa resort in Tucson, Arizona with wellness center, yoga, meditation, fitness, hiking, and so much more!” Is this where the NJ housewives went a few seasons ago?

Carole is also filming with Kristen …

Look who stopped by our office today! Thanks #RHONY @caroleradziwill for coming in with @kristentaekman – we're #… pic.twitter.com/blZAD0UVpO

(Ricky’s is a beauty shop on Long Island).

And Sonja Morgan is continuing her boozy storyline – and according to Page Six turned up at a Molly Ringwald show drunk and obnoxious – charges Sonja denies.  Except wearing jeans – she says jeans ar

So there you have it – a busy few weeks to start off their filming.  All smiles – for now – until the evil redhead returns – if she returns.

Ramona Singer continues to show that world that life goes on without cheating cheater Mario.

Special lunch and exhibition at the met the cubism pic.twitter.com/HvnT43HVcb

With a product line launched last season, LuAnn couldn’t give up her apple even though Bravo decided to stiff her of her well-deserved paycheck by demoting her to “friend” status after most of the season had been shot.

This year, LuAnn is starting the season off by moving out of her large Hampton mansion into a smaller home in Sag Harbor, as she now has an empty nest.  Her beautiful home has been sold to a developer as a tear down.  The horror!  And (rubbing my hands in delight) the show will feature an estate sale as her furnishings and art work will be sold off (to be held on the 24th of this month.)  This is what I tune in to see -the closets and homes of the rich!  The only thing that would make it better would be to see a pirate hiding beneath her bed!

(PS – did you know that all the invasive species entering the Mediterranean from the Suez Canal are call De Lessepian species?  I learned that in an eclectic natural history museum in Dubrovnick Croatia – so if you aren’t a fan of LuAnn’s – just get a chuckle that in Europe her name is synonymous with an invasive species.)

And there you have it.  Some of the ladies are busy, and some are busy being fools.  Typical housewife fare. The only question is will it have the right mix of interest and drama to bring back viewers.

Update:  I will leave you with some final photos of Heather and Jill Zarin – from a long time ago – that I found on the web. 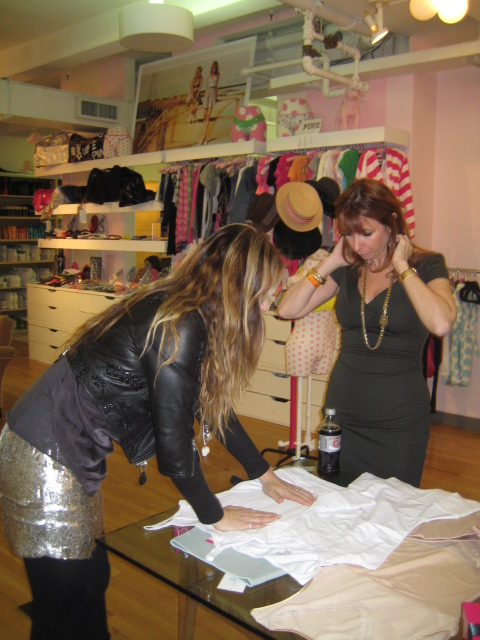 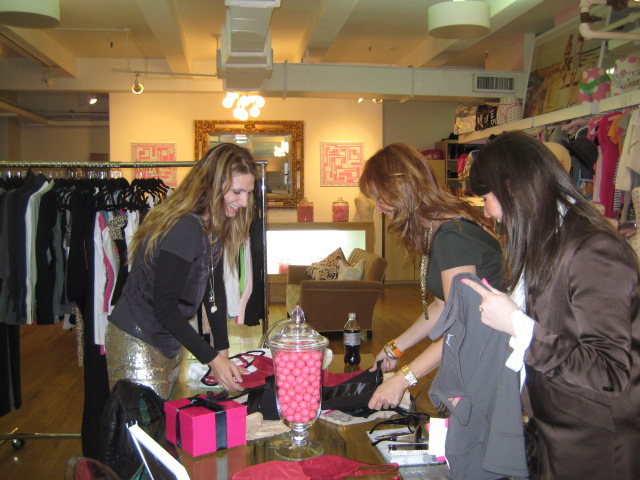 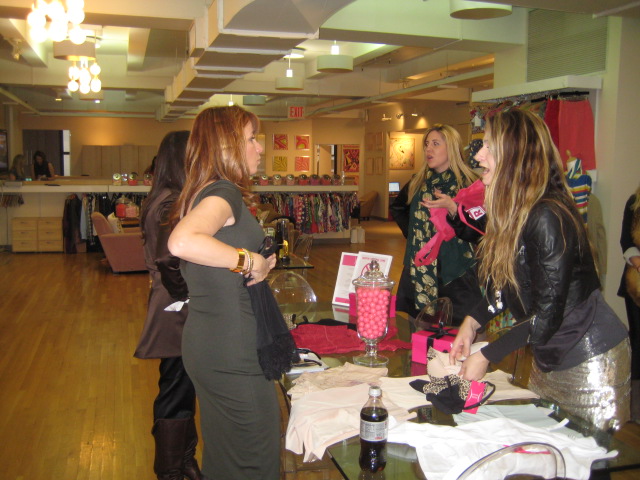 Just a housewife ... who loves this place .... and loves to write ... You can reach me through this email: nomoredrama8@gmail.com. Lynn's Place is in tribute to Housewives blogger Lynn Hudson, who passed away in August of 2012.
View all posts by Veena (NMD) →
This entry was posted in Real Housewives of New York and tagged alex mccord, heather thomson, jill zarin, jill zarin yummie, kelly bennsimon, kristen taekman, luann de lesseps estate sale, real housewives of new york, simon van kempen. Bookmark the permalink.

74 Responses to Real Housewives of New York, Filming, Estate Sale, and Other Gossip