Real Housewives of Atlanta Season 7 Episode One Recap at Lynnfam 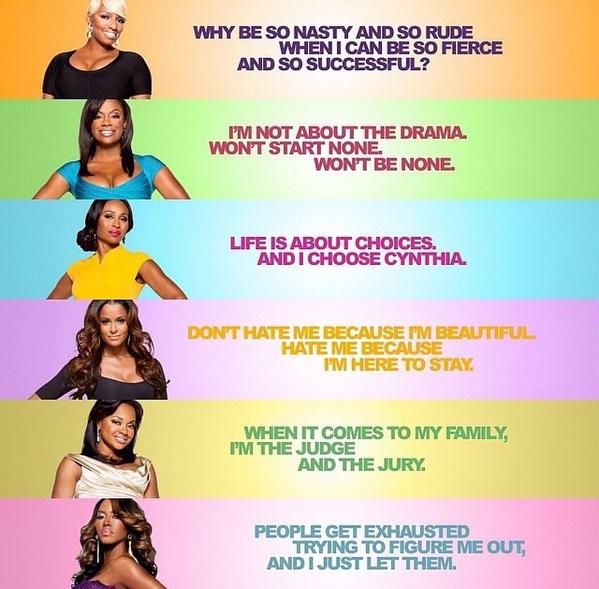 The Atlanta housewives are back and the big story of the first episode of the Atlanta Housewives is Apollo’s sentencing.

Nene is in Las Vegas to perform in Cirque du Soleil’s Zoomanity.  She is meeting with the wig and makeup artist to turn her into a drag queen.  She loves her drag queen look.   Nene feels she needs to pump up her acting to be on a show that is risque.  Nene is making sure people know that she is only high maintenance on the Atlanta housewives and not when she is performing as a professional.  She listens to Ria the director of the show because she wants to keep being a rich b*tch and keep those checks coming.

Kandi and Todd tied the knot and she is coaxing Todd to do some domestic things with her.  Todd’s daughter Kayla is moving to Atlanta from New York.  Hope she stays away from Mama Joyce.  Kids should be left out of adult drama.  Todd didn’t find out he had a daughter until she was five years old.  Todd and Kandi have two different parenting styles.  Todd thinks Kandi tries to compensate by giving Riley a lot of stuff rather than spending time with her since she is working.  Todd feels a child should not get a new car and they should start at a more modest level.  They are going to have a family meeting to talk about it and Kandi thinks Riley is going to be pissed.  I can picture Mama Joyce nudging Riley saying “I told you.” 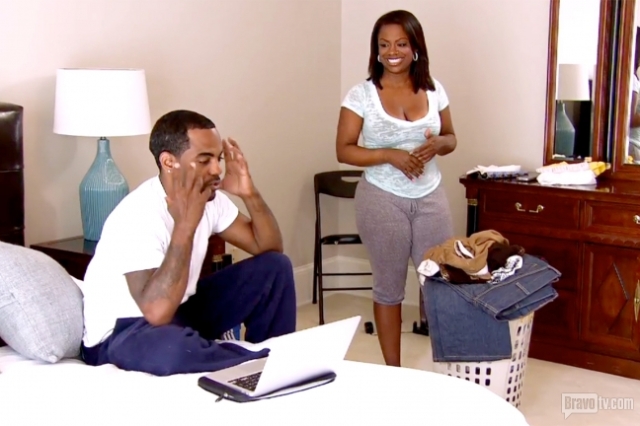 Phaedra has moved to a hotel room during Apollo’s sentencing.  She is worried about the paparazzi taking pictures at their house.  Phaedra’s mother came over to discuss Apollo.  Phaedra is putting her kids first and Apollo does not understand that.  Phaedra left him because she needed to protect her kids.  Phaedra feels she doesn’t have time to babysit her husband so when he said he was working, she believed him.  She just assumed his work was legal.  Apollo wasn’t thinking about his family when he broke the law so I understand Phaedra’s stance.

Apollo is whining about how his wife and kids aren’t there to be with him on the day of sentencing.  He says it is the biggest day of his life.  Usually people describe the biggest day of their life as their wedding or graduating or having a child.  I think Apollo has trouble finding the correct words to describe the situation which gets him into a lot of trouble.  He says he pled guilty to wire fraud, bank fraud and mail fraud.  He got caught because a co-conspirator was in a bind and brought him in.  Apollo’s brother Michael stopped by to discuss the situation.  Apollo tells him his wife left and felt her excuse was garbage that the paparazzi showed up at their house.  Apollo is more upset that Phaedra left him alone than how long he will be sentenced.  He is worried if he gets taken into custody, he won’t be able to see his sons.  Phaedra feels that if you do the crime, you do the time.   Interesting that a lawyer would say that.  I thought it was her job to get her clients to not do the time.  I can see why she started a new business burying people. 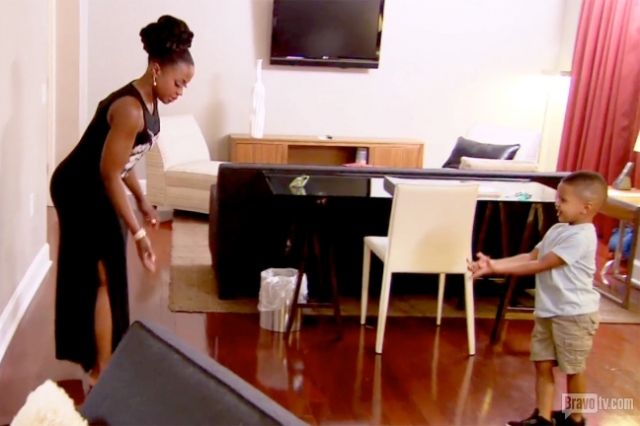 Kenya and Cynthia get together to discuss what happened during the reunion and the attack she experienced at Porsha’s hands.  Kenya felt attacked by the other women after that happened.  Kenya did provoke Porsha so she has to take some responsibility for the fiasco.  Cynthia thinks if the attack happened to Kandi everyone would have run to Kandi and not Porsha.  Sorry that argument is weak because Porsha would not attack Kandi.  Kandi doesn’t provoke people like that. Besides Cynthia (if she is true to her tagline) should be the one who should be pissed at Porsha because she was in the middle of that fight and had her gown pulled down, exposing her breast.  I’m wondering if she got an apology for that.  Kenya thinks the other women are treating Porsha’s ignorance as a handicap.  It just might be. Cynthia has not spoken to Nene and she feels everything is better.  Kenya thinks Cynthia was so far up Nene’s ass she had her own wing in there.  Cynthia makes a joke: Why did the man poop in the elevator?  He wanted to take shit to another level. Meh. 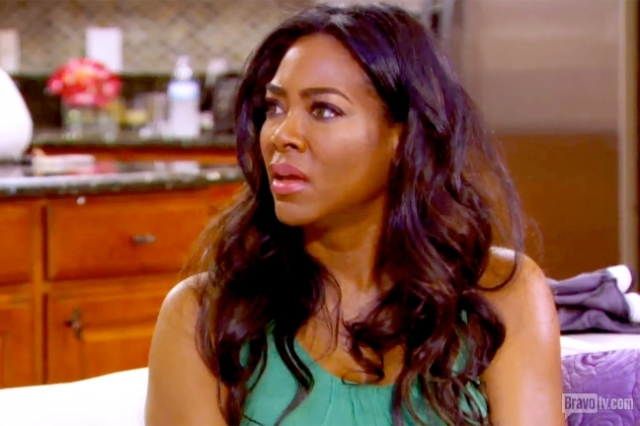 Porsha and Kandi get together at Porsha’s photoshoot.  Porsha is getting her photo taken in a thong bathing suit.  Kandi thinks she would not be wearing that if she was still Mrs. Kordell Stewart.  Kandi asks if Porsha has talked to Kenya after Kenya called the police on her.  We hear the 911 call and see Porsha’s mug shot. Porsha doesn’t care because she is working.  Kandi feels you shouldn’t wave stuff in people’s face and provoke someone.  Kenya is from Detroit and she knows how stuff goes down.  Apparently it is the same way in Atlanta. 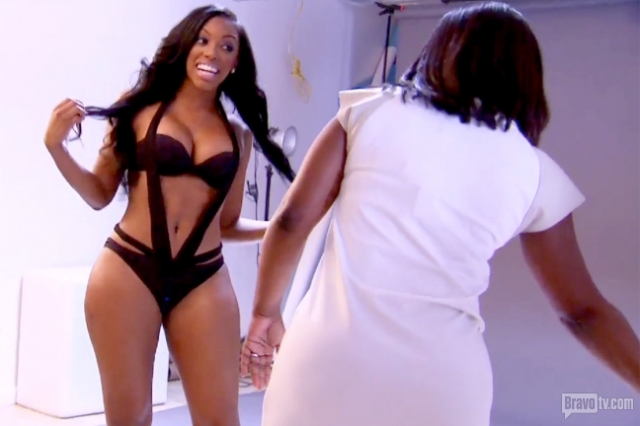 Apollo gets 8 yrs in prison.  They show everyone’s reaction to Apollo’s sentencing and Phaedra not being in the court room.  Phaedra is not sure how to explain to her sons what is going on with their father.  They are rather young to understand. 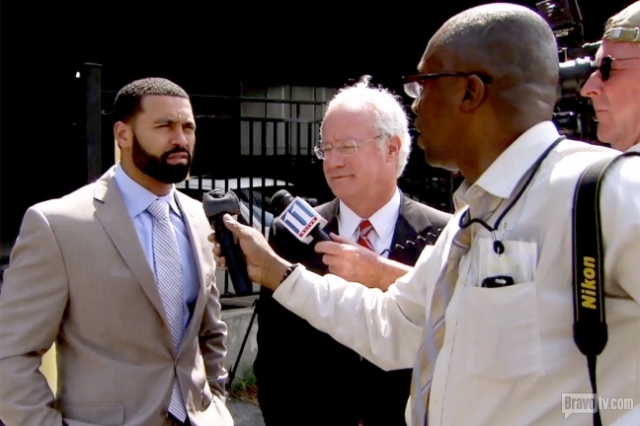 Apollo is having a meal with his brother and his mother Katrina.  Apollo admits to having an addiction to the fast life the same way his mother had a substance addiction which caused them both to lose their children.  That was deep for Apollo. 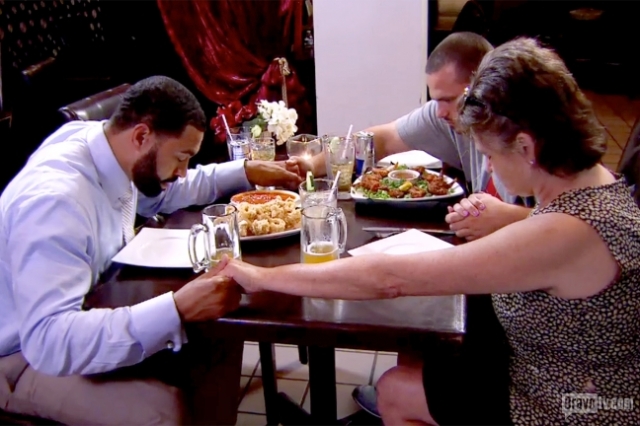 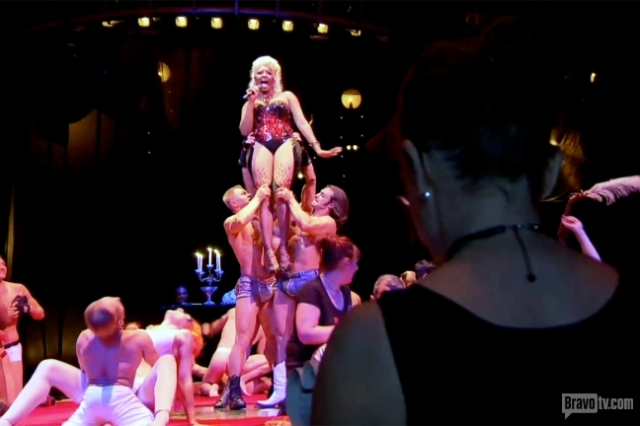 Todd spoke to Apollo and heard Phaedra left town with the boys when he was sentenced.  Kandi doesn’t want to tell Todd what Phaedra said to Kandi.  I can see Kandi not wanting Todd to think she would abandon him if he was in that position.  Phaedra never visited family members in jail like Kandi has.  They also had other personal issues besides Apollo breaking the law.  Speak of the devil, Apollo comes in.  Kandi feels the sentencing is too harsh for African American men.  Apollo is whining again that Phaedra didn’t call him.  Apollo is almost like Porsha in a way where they can’t seem to understand how they come off and that they think because they are pretty they can get away with doing whatever.

Nene is talking with two other performers from the show.  Brandon was a Chippendale dancer.  They joke they were all strippers before they landed that gig.

Cynthia is working hard training her models at the Bailey Agency.  Peter brings her lunch in a basket.  It’s funny that when she dumped Nene she has more time with her husband.  Her priorities were so out of whack.  They are moving the agency because the company that leased them the space got foreclosed. 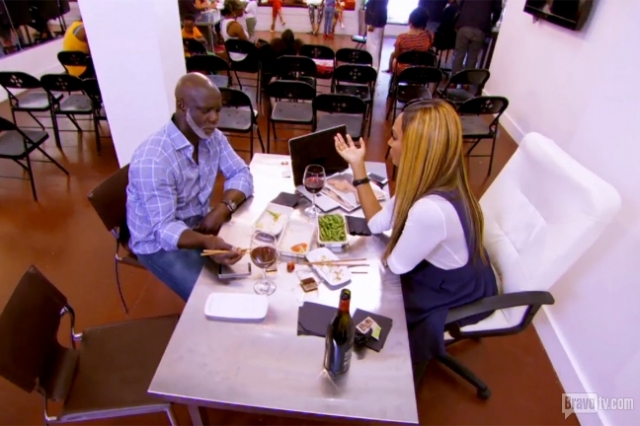 Kandi and Phaedra meet to discuss Apollo.  Phaedra is planning to handle things gracefully.  Phaedra and Apollo finally meet face to face to discuss their issues.  They argue about finances.  Phaedra likes the high life and Apollo had trouble keeping up with that.  It probably didn’t do much for his ego to be seen as a kept man.  Phaedra fell in love with a good looking man who would most likely be financially strapped since he spent some time in prison and he made some bad decisions to make some easy money.

I feel for the situation but I can’t help but think they filmed this scene to make sure Phaedra doesn’t get implicated in his illegal schemes.  She hasn’t been but who knows if she is still secretly under surveillance.

Not much tweeting from the ladies – but here are some – Veena

LOL @andy I called Nene so nasty and so rude and now it’s her tagline!

Long press day tomorrow in NY trying to figure this out pic.twitter.com/t6PykackL1

And a few reactions from NeNe’s appearance on WWHL

I didn’t get to watch #WWHL yet but I keep seeing tweets that shade was thrown my way…. Hmmm… #ByeFelicia 👋

When you talk SHIT about my wife, is my right to talk shit, how do you defend yours?

Where is it when ( where) people can talk shit about you, but you can’t talk shit back, where they do that at?

And when you talk back, you are label a BITCH, really!! You got me f**k up

I am only repeating what Andy says, watch the show and stop judging. We can all have a laugh, can’t we?

Just a housewife ... who loves this place .... and loves to write ... You can reach me through this email: nomoredrama8@gmail.com. Lynn's Place is in tribute to Housewives blogger Lynn Hudson, who passed away in August of 2012.
View all posts by Veena (NMD) →
This entry was posted in Real Housewives of Atlanta and tagged apollo nida mother, apollo nida prison, apollo phaedra divorce, kandi and todd, nene broadway, porsha divorce. Bookmark the permalink.