Phaedra is taking Aiden to his first dental appointment.  She has her hair done up, wearing a dress and a string of pearls.  It is important for her to look and act like a southern belle during this hard time.  I can smell a book coming on: How to be a Southern Belle While Your Husband Goes to Jail. Apollo shows up at the dentist office.  I guess he is only allowed to film with them in public.  Apollo in his talking head says he is going to prison in a couple of months and he has to explain to Aiden that he will be going away for a while.   Aiden is such a cutie and so well spoken.  Phaedra is doing a good job with her boys so far. 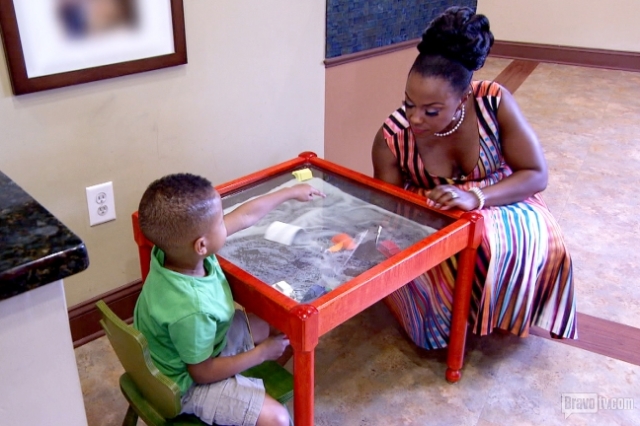 Cynthia meets Peter at Bar One to talk about the party he is planning for the 5 page spread Cynthia got in Ebony.  Cynthia is beautiful.  Cynthia is nixing Porsha and Nene off the guest list.  Porsha was talking trash about Cynthia during WWHL because Cynthia was against her physically attacking Kenya.  This would be the perfect time for Cynthia to play the victim when Porsha accidentally assaulted Cynthia as well while attacking Kenya but she doesn’t play that card.  I kind of respect that but she should grab the opportunity to have a beef with Porsha and at least stretch it out for half a season.  Cynthia is back to talking about Nene and how draining her friendship was with her.  It is the new Cynthia. Free of fibroids and a couple of friends.

Todd and Kandi are talking about the house that Kandi is going to give Mama Joyce.  Joyce didn’t like the old house Kandi gave her like she didn’t like the scarf she got for Christmas.  This is not a frugal gesture.  Todd wants to point out that Mama Joyce knows how to push Kandi’s buttons.  Todd is not crazy about the idea of Mama Joyce being their neighbors.  She can come over anytime she wants to.  It’ll be easier to film the housewives show when Joyce can be camera ready at Kandi’s house anytime.  Mama Joyce rolls in driving the SUV that most likely Kandi bought her. Todd still tries to make small talk with Joyce while Joyce is still locked up like Fort Knox.  Kandi thinks they are making progress.  Mama asks Todd if he bought his mother a house.  Todd says his mother isn’t moving down to Atlanta.  That armour ain’t crackin’.

Brandon comes over to see Kenya to drink some tea.  Kenya talks about getting attacked verbally and physically (I’m guessing) during the reunion.  Brandon does a bad impression of Ayala.  Kenya realizes she needs to get back into acting, producing, directing which means going to Kandi’s party.  Oh please don’t go to the piano and start making up some crank ass song.  Ugh!  Really bitch? 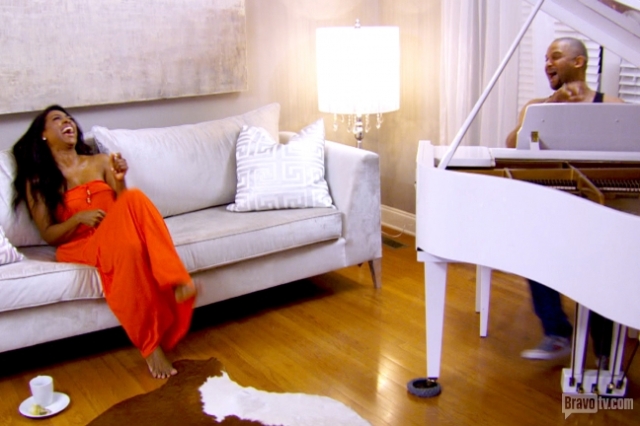 Kandi is showing Mama Joyce the house she wants to buy her.  Mama loves the house.  7 bedrooms!  Why does she need 7 bedrooms?  Kandi is excited for Mama to be moving down the street.  Kandi wants to have children with Todd and they are trying.  Mama asked if Todd had a vasectomy.  Wishfull thinking Mama Joyce?   Kandi, there is no progress there.  Kandi made the mistake of telling Mama that Todd was less than excited for her to be moving so close.  Apparently Mama apologized to Kayla, Todd’s daughter during their fight before the wedding but not Sharon, Todd’s mom.  Mama should apologize for calling her a pimp and prostitute.  Mama thinks Sharon escaped a good ass whooping.  In Mama’s imagination, she thinks she is quite the bad ass.  She is as bad ass as Kandi’s wallet can afford to let her be.

Nene is on the stage doing her thing.  Nene jokes as a drag queen she finally grew a pair.

Peter’s party for Cynthia is in full swing.  Miss Lawrence is there to congratulate Cynthia.  Kandi and Todd admire Cynthia’s pictures while Cynthia makes her grand entrance.  They start talking about Phaedra who couldn’t make it to the party.  Kandi thinks it’s crazy how some people aren’t friends anymore.  Kenya comes in and brings Claudia, the new blood.  She got a job on a radio show.  Apparently Claudia has been friends with Kenya for ten years.  Claudia says she know Porsha and is friendly.  Claudia seems nice.  I am always open to liking a new housewife until she does something shady and even then, I might still like her if she has got personality.  Kenya justifies calling the police on Porsha while Kandi feels the police didn’t need to be called. 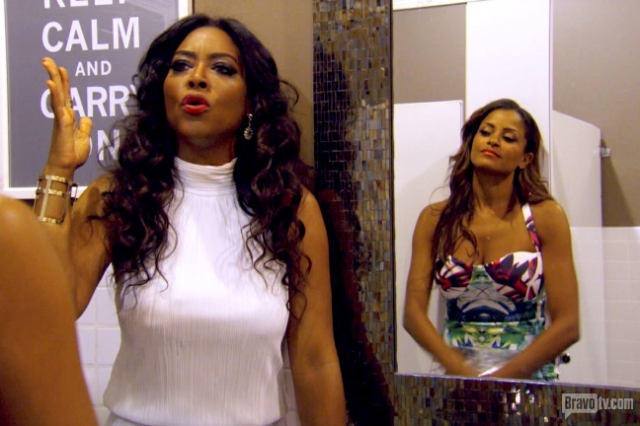 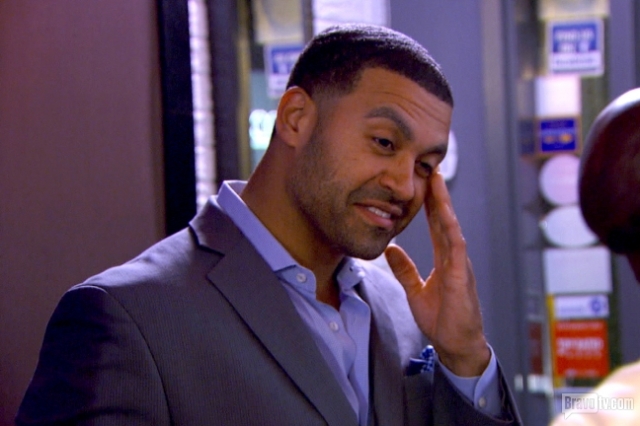 Just a housewife ... who loves this place .... and loves to write ... You can reach me through this email: nomoredrama8@gmail.com. Lynn's Place is in tribute to Housewives blogger Lynn Hudson, who passed away in August of 2012.
View all posts by Veena (NMD) →
This entry was posted in Real Housewives of Atlanta and tagged apollo jail rhoa, phaedra and apollo, real housewives of atlanta. Bookmark the permalink.